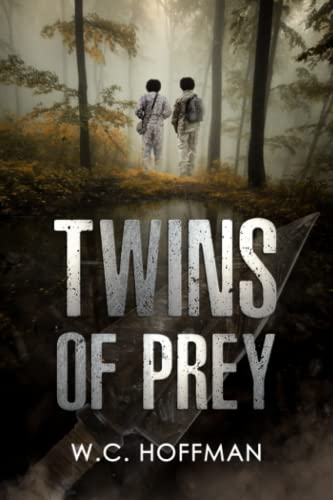 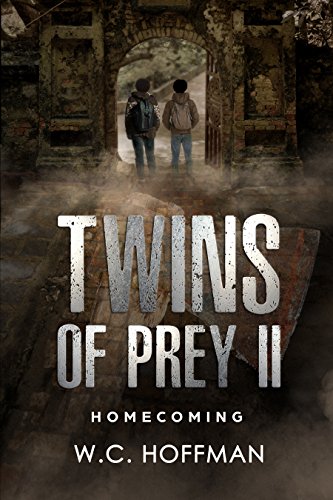 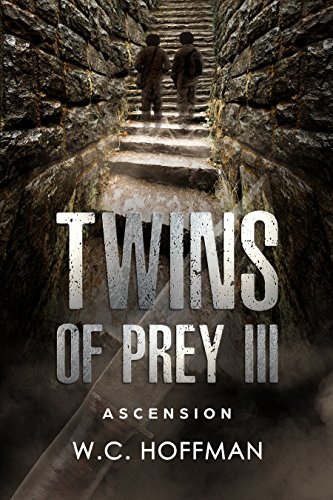 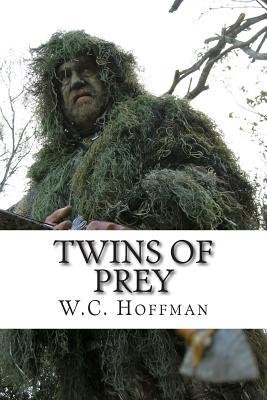 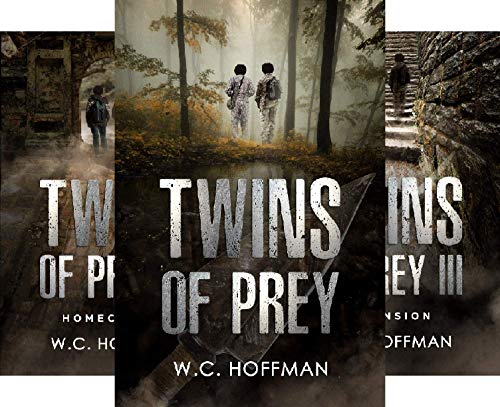 It echoed throughout the valley at daybreak and jolted the boys awake. The clear, crisp rifle blast was unmistakable and not far away. Tomek was first to his feet, bow in hand and quiver on his back. Drake was not far behind with a belt full of throwing knives and his spear. Both boys were ready for battle, clutching their favorite tools of war. As the second shot rang out, they knew the exact location of the trespasser.

“It came from the orchard near the overgrown section near mid-hill,” Drake said.

This was not the first time they had been close to strangers in their area. At least a few times each year, a group of outdoorsman or two would

float by on the river. They would often just hide and wait them out. If they were seen, a simple wave was all that was needed. The boys had dressed in army fatigue camouflage every day of their lives. Added to this was a mixture of torn burlap and natural plant life. The boys could drop to the ground and vanish at any point, on any day of the year. To any passerby they were just a part of the landscape. This is how Uncle taught them to be. However this time was different. Uncle was not there.

As the hollowed-out tree door opened, both of them knew the situation was worse than they had thought. Both boys looked out to the river and saw it at the same time. The aluminum canoe shimmered in what was left of the past night’s moon. Whomever was shooting had landed and beached 40 yards from their front door.

How did this happen without them waking? Had they been found? Who was shooting? Drake looked at Tomek and for the first time saw a change in his brother’s eyes. Tomek’s rage was nothing new. Uncle had seen it in him as well and never corrected it. Tomek was taught to use it as a weapon.

Trying to calm his brother, Drake made sure Tomek would not be in direct contact with the shooter.

“You take the blossom ridge and come down from the hilltop,” Drake planned. “I will walk up the river edge and flank to the west.” Tomek agreed.

Both boys had their strengths. When it came to brute strength, agility and marksmanship, Tomek was Uncle’s killing machine. Drake was just as deadly with his knives, but was much more calculated, tactical and could easily outsmart and trap his way into and out of situations. Uncle knew this from the day Drake escaped the hospital and met him at the big pine.

As they separated, Drake walked along the river’s edge, utilizing the sound of the babbling river to hide his footsteps. He quickly knew what awaited him downriver as he spotted the dead deer alone on the bank from 50 yards away.

Recognizing the drop from the hillside down to the bank and the path it must’ve taken before it expired, he knew the hunter was either still on his way down the hill or walking upstream to find a place to safely climb down and retrieve the game. Either way, Drake had time to set up a quick blind utilizing some driftwood and the outcropping rock formation. From his spot he would be invisible to anyone coming up to the deer from any location. Drake sat, patiently waiting for his prey to take the bait.

Tomek quickly stalked his way through the orchard on top of the ridge. Using the height of the ridge to look down upon the valley gave him a great advantage. The gleam caught his eye. An empty .308 shell casing that was still wet with the morning dew was in front of him. Next to it was the hunter’s pack and a small area of matted-down grass.

“This is the spot where he killed my deer,” Tomek uttered to himself. With an arrow knocked, he walked in the hunter’s steps. With each step he fought the racing of his heart and could feel the tightness in his fingers upon the bowstring. Tomek could not remember the last time he had the excitement, the nerves and the adrenaline of a true hunt.

Tomek worked downhill and was now not only on the hunter’s trail but had picked up the injured deer’s blood trail and spoor. Tomek would be the first of the boys to see the invader. A tall man who seemed to be about 10 years older than the boys, wearing camouflage pants and a black over blue flannel shirt. The intruder also adorned a bright orange vest that allowed Tomek to keep his distance but easily see him through the brush. Tomek laughed to himself about the hunter’s attire and immediately considered him a lesser outdoorsman and barely even human.

“This trash does not belong in my woods,” Tomek bitterly said to himself as he smoothed out the turkey feather fletching on the knocked arrow.

The Hunter, oblivious to the fact that he was not alone, stood at the drop off near the bank and admired his kill from above. A perfect eight-point buck, majestic and powerful, a true trophy lay below him. And as Drake had figured, the Hunter then made his way down river for about 300 yards until a feasible spot to climb down was found. Tomek slowly moved to the spot that the hunter vacated once he headed down river to get on the bank. It provided the perfect ambush from above.

“Prey feels the safest in places it knows,” Tomek remembered Uncle telling him. “Kill him in his home and he will die without knowing.” Because the hunter had just left that ridge, he most likely would not look up above when he returned to the area. Tomek was right where Uncle would have wanted him to be.

Drake sat motionless until he heard the unmistakable clash of boots in the water fighting against the current. The hunter may as well have been banging pots and pans together as he approached. The blue shirt and orange vest were easy to pick out against the river bank for Drake, as well. Drake positioned perfectly with the deer between himself and the brightly dressed man. Suddenly, he began to second-guess his trap as at 15 yards the hunter stopped abruptly, shouldered his gun and aimed it directly at Drake. Frozen in place, Drake’s only hope was that the man was surveying the dead buck to see if it needed a follow-up shot. Drake closed his eyes and tuned in his senses to stay as still as possible.

The sound of the safety being released could mean only one thing. The hunter was ready to shoot, but what was the hunter going to shoot at? Every inch of his body told him to run, run fast, run away. Yet Uncle’s voice in his head told him otherwise.

“Stay, hold tight, trust your surroundings. Be the snake, not the mouse.”
Drake sat with his eyes still closed, slowed his heart rate with deep breaths and the next sound he heard was a familiar one.

Drake opened his eyes, surprised to see the hunter on his knees and falling down, face-first into the river bank. The arrow had entered behind his right eye in the temple and exited his lower jaw, where it lodged into the clavicle. There was no sound from the hunter as the river turned red with blood from the gaping wound the sharpened, razor-like flint stone head had created. The world fell silent again and Drake had never been so happy to have a brother who could shoot like that.

Stay tuned till next week for the next chapter from the Twins of Prey by W.C. Hoffman. Want to buy the entire book now?

Hunting Magazinehttps://huntingmagazine.net/
I’m an editor, hunter, writer, author, and photographer who lives and breathes the hunting lifestyle. The Out of Doors is my playground. I specialize in the daily management of the Hunting Magazine, publishing hunting industry-related content to the digital pages of our hunting journal.

Keeping a Canvas Tent Waterproof During a Hunting Expedition

Is Wild Game Meat Healthy? The Pros and Cons of Eating Wild Game

Enter for Your Chance to Win a Camo Hunting...

As the leaves start to turn yellow, red, and...

Keeping a Canvas Tent Waterproof During a Hunting Expedition

Tents have been a classic sheltering technique used by...

The Hunting Magazine is an authority on all things hunting and is a media outlet that covers the great sport of hunting exclusively.

Enter for Your Chance to Win a Camo Hunting...

As the leaves start to turn yellow, red, and...