Online Gaming is generally regarded as geared toward younger audiences and, to the untrained eye, it might seem so.

However, SilverGames.com has a great selection of online hunting games suitable for any audience.

With recent game titles from old franchises coming out and putting massive ripples in the gaming pond. Contrary to what some might believe, gamers of all ages exist and are abundant. A lot of the older generations of gamers grew up with older generations of consoles and with arcade games. But now, it’s becoming easier and easier to take your passion for video games and turn it into a reality.

Many indie developers (video game developers that are not an AAA franchise or very well know), are making their own hits, new mobile games that get millions of downloads and hundreds of 5-star reviews.

This easy access to online hunting games, as well as other mobile operating systems that are not as well known, has increased the population of “casual” gamers. Most of us that play mobile games are not competitive players, like those that play PC or Mac games. These people are called “casual gamers,” because they play non-competitively or, in other words, casually.

Mobile games (and PC games) are a great way to pass time. Maybe you’re waiting for the bus on your way to work or stuck waiting in the doctor’s office. Many of our first thoughts are, “Oh, I can play a game on my phone while I wait!” Video games are an easy, and sometimes brain stimulating, cure for boredom.

But this brings us to different genres of video games. Some people enjoy horror while other enjoy casual role-play-based games. Hunting simulators are in an entirely different category of its own: simulators, as the title states. Simulation games is a broad, blanket term for games that put you into, often mundane, depictions of everyday activities. You might not think a farming simulator is as fun as a fully-fleshed, 20-hour games with a deep story and massive overarching scheme. But there comes a time when we need to take a break from the mind-boggling, strategic play that these 20-hour long games require to play. That’s where simulators come in. And, for a more specific audience, hunting simulators.

Hunting simulators have been around since the dawn of time, with Duck Hunt being quite a popular one and a favorite among today’s older generations. There have been many indie spinoffs of Nintendo’s Duck Hunt (1984). Such is a game called Duck Hunt Remake, developed by Lucas Nunes with music remixes from Di Rodrigues.
Duck Hunt Remake is an easy to understand, simple fan game with cartoon-y graphics that call back to the original game, but with a more updated feel to them. It’s great for passing the time because it’s easy to understand and a game you won’t end up being frustrated by.

Nude Hunter, aptly named, is a game where you play as a nude man carrying a bow-and-arrow that is walking through hills, shooting angry-looking, cartoon ducks and fish. It is based on a “meters walked” system; the further you walk, the higher the frequency of animals you must shoot. In addition to a higher frequency of animals upon walking a certain length, you unlock different animals after walking further (the first one being at 150m).
With conveniently covered bits and parts, Nude Hunter is a game that can easily be used to pass the time and have a good laugh about at the end of the day.

For our last online hunting game, we’ll be looking at Bird Blast. The start of the game briefly explains what you must do and why you must do it: “Them birds are getting’ at my crops! . . . Knock ‘em outta the sky!” As you play the game, you can unlock various achievements and new levels. As a lot of games in this genre are, the game is based on a wave system. A wave system is where the enemies (in this case, ducks) spawn in in a horde of specific numbers, generally getting higher and higher as the wave number increases. The graphics, though very simple, aren’t too difficult to look at.

Make sure to browse by and visit silvergames.com to play any or all these games for free! 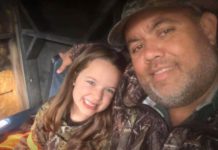 A Paddle, a Boat and a Splash: Kayaking in Alaska

You will be hunting in the heartAvula Karoo offers both Rifle & Archery hunting.

5 Proven Tactics For Bow Hunting In The Rain

You will be hunting in the heartAvula Karoo offers both Rifle & Archery hunting.