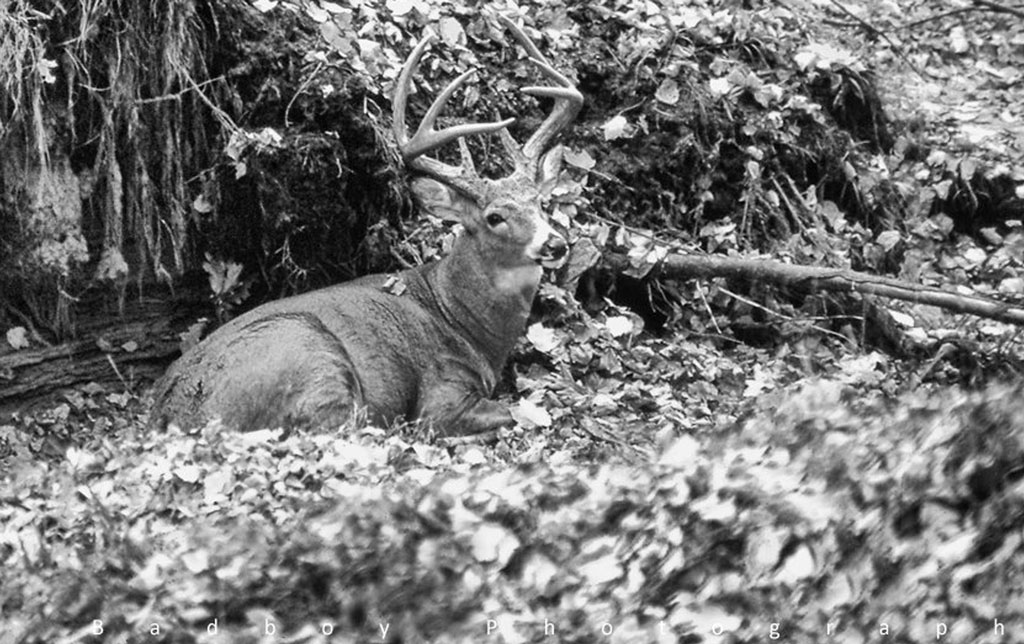 “By design, this year’s deer harvest will be one of the lowest we’ve seen in decades,” said Leslie McInenly, big game program leader. “In fact, our total harvest this year may end up coming in around 120,000, a level not reported since the early 1980s.”

Because hunters can only harvest bucks in some places and fewer antlerless permits were offered, the 2014 harvest will fall significantly from the 170,000 deer harvested in 2013.

Because hunters can only harvest bucks in some places and fewer antlerless permits were offered, the 2014 harvest will fall significantly from the 170,000 deer harvested in 2013.

A one-deer bag limit rules most of the state and opportunities to take additional antlerless deer are few and far between, with only seven of 129 deer permit areas and some special hunts allowing the use of bonus permits. The greatest impacts will be in the northeast, the region hardest hit by severe winter weather the past two years, where most of the permit areas only allow the harvest of bucks.

In general, regulations over the past decade have been implemented to reduce the deer population to goals set through a public process and have become more conservative as goals were met. This year’s season reflects not only the effects of winter weather but a response to public interest in growing the population. However, with a return of more moderate winter weather, future deer seasons will not be similarly lean.

“This season is a bit of a pause prior to revisiting deer goals for most of the state over the next two years,” McInenly said. “Once we are through that process, we’ll have a course set for management.”

Given past experience with times when deer populations are lower, deer populations can respond fairly quickly when harvest is limited, particularly when combined with more moderate winters. For example, after two severe winters in the mid-1990s, the 1997 deer season harvest was 144,000 deer; by 2000, the harvest had rebounded to more than 212,000 deer.

In the northeast region there are lower deer densities than in past years.

However, differences across the landscape mean some hunters might find good or even better deer numbers than last year, while others might find the opposite. Regardless of how many deer are seen by hunters, regulations will limit harvest to one deer, and in some areas only bucks.

“Hunting in quality fall habitat and spending time in the woods prior to opening day is more important than ever during years of low deer densities,” said Jeff Lightfoot, northeast regional wildlife manager. “To be successful in harvesting deer, hunters will need to put in the extra time to know where deer are and where they aren’t.”

Due to a series of severe to moderately severe winters, deer densities are below established population goals in most permit areas in the northeast. The conservative regulations eliminate or reduce the harvest of antlerless deer, allowing the deer population to rebound.

“Providing acceptable deer densities for the public is important to area wildlife managers,” Lightfoot said. “To boost deer densities we’re improving deer habitat and considering deer when planning how, when and where to harvest timber on public land, all in addition to the regulations that will limit the number of deer harvested this deer season.”

Hunters in the northwest region can expect similar to improved deer numbers over last season.

“Hunters will find deer in all areas of the region, though many areas are near or just below goal in terms of deer population,” said John Williams, northwest regional wildlife manager. “The anticipated harvest will be lower than the previous several years due to harvest strategies in place this year that will move populations up toward goal.”

Cropland harvest of corn and beans is behind normal this year and there may be a good amount of standing corn in some areas leading up to and perhaps into the firearms deer season.

In the southern region, cropland harvest is as usual a factor for hunters to consider.

However, the deer herd in the southern region is quite robust following the winter of 2013 to 2014, which was less severe than other parts of Minnesota. Conditions are abnormally dry in a portion of south-central Minnesota despite heavy rains in June that prevented planting of crops in some areas.

“Even though some fawns didn’t make it through last winter, deer came into the spring in relatively good condition. For the most part, we are near the population goal for the region,” Varland said.

Crop harvest and weather are two factors for hunters to consider in the central region.

“Weather’s always a fairly big determinant of deer harvest,” said Cynthia Osmundson, central region wildlife manager. “And crop harvest will have some impact. We’re going to see a really late crop harvest, and some corn will probably not be harvested this year because of wet conditions.”

Deer will hide in corn not harvested, with wet conditions making it more difficult to drive deer.

A conservative season will also likely affect hunter behavior, meaning people could be waiting longer to squeeze the trigger or loose an arrow, and a longer wait means a lower probability of taking deer. But despite a conservative season in which harvest is expected to be significantly lower for that reason alone, there are still deer to be found in the DNR’s central region, especially in the far southeastern portion of the state.

Another finer point: In the metro deer management area (deer permit area 601), the harvest regulation has stayed the same as last year, which means hunters can take an unlimited number of antlerless deer. In response to the more liberal harvest regulations in the metro deer management area, Osmundson has been contacted by numerous hunters interested in hunting in the metro area for the first time.

Looking for a Unique Gift Idea?Give a Unique Coffee Mug

Give the "Big Bucks Coffee Cup” deer coffee mug to that special man, father, grandfather, son, or boyfriend in your life.

Get This Offer
We’ve Found Several Offers - We Think You'd Like to Check Out Below.
Related Topics:Antlerless deer tagsBuck tagsdeer bag-limitDepartment of Natural Resources MinnesotaMinnesota deer season
Up Next

First Case of CWD In Ohio Confirmed On Private Preserve

I’m an editor, hunter, writer, author, and photographer who lives and breathes the hunting lifestyle. The Out of Doors is my playground. I specialize in the daily management of the Hunting Magazine, publishing hunting industry-related content to the digital pages of our hunting journal.

Subscribe to the Hunting Magazine and get weekly hunting news, hunting tips, and wild game reviews delivered to your inbox weekly from our team.