The Wild turkey has made a solid comeback in recent years due to associated conservation efforts within the United States.

During the early years of the States settlers nearly hunted the wild turkey into extinction due to unregulated hunting and the fact that many early settlers used wild turkey meat, as a food staple.

With plenty of wild turkeys to turkey hunt, we’ve compiled a 5 Best Turkey Hunting States list to help you decide where you should be turkey hunting in the coming turkey hunting seasons.

Montana is the best Turkey hunting state if you are looking to hunt alone with little to no pressure on the birds. Montana has a lot going for it yeah is vast wide open wide-open expanses with nice pockets of interspersed wooded areas and the state of Montana Boasts lots of public lands to hunt making it one of our top favorite Turkey hunting states. Montana State Hunting Land spans a generous 40 million-plus acres of public hunting land.
Montana made our top Turkey hunting list because it offers the Turkey Hunter such a wide variety of terrain to hunt Turkey. You had the ability to hunt the central and the western portions of the state where you could hunt Turkey within the mountain backdrops of the Rockies. Or you could hunt the East or even the southeastern part of the state if you want to Turkey hunt and a more open country snaked with various River country and freshwater streams.

Tennessee is one of our many favorite wild Turkey hunting states due to many factors they have great Turkey bag limits there’s plenty of hunting land and there seems to be literally turkeys in every corner across the entire state of Tennessee making it a Turkey hunter’s dream country.
For anyone that hasn’t bagged their first Turkey and want to get a Turkey under their belt Anna beard to hang on their wall then Tennessee has to be on your list of destinations for Turkey hunting the state is very friendly to nonresident hunters and as mentioned earlier there is tons of public hunting land and there seem to be turkeys literally in every field as far as your eye can see so whether you’re looking for a spring Turkey hunt or a fall Turkey hunt you should really consider putting Tennessee on your Turkey hunting checklist.

Wisconsin: Is The No Badger About it, You’ll Fill Your Turkey Tags State

What would it be if we did not list our very own home turkey hunting state of Wisconsin? Wisconsin is a great Turkey hunting state as Turkey populations have grown over the years to include hundreds of thousands of birds strutting around the wooded Hills and valleys of the Badger state. not only does Wisconsin have plenty of wild turkeys to hunt but it also has millions of acres of public hunting land. Turkey hunting pressure is fairly low in most locations making Wisconsin one of our favorite states for Turkey hunting. So what do you decide morning turkeys or evening turkeys you’ll always have your afternoons open to do a little fishing in any of the great fishing lakes that abound in Wisconsin. But here’s hoping that you successful Turkey hunting trip and you bag your Turkey early allowing you some time to hit the lakes and rivers could do a little fishing.

The Lone Star State offers Turkey hunters some of the best Turkey hunting for 3 subspecies of wild turkeys. Texas has an abundant turkey hunting population of the – Rio Grande Turkeys, Eastern Turkeys, and Merriam Turkey species. The state like many others on our list has hundreds of thousands of wild turkeys roaming the vast hunting lands of Texas home. although Texas does have some Wildlife Management Areas (WMA) public hunting lands they do require special hunting permits. So most if not all of the Turkey hunting done in Texas is by experienced hunting guides that are very familiar with the hunting terrain or you can opt for a self-guided hunting trip on private hunting grounds that you’ve secured for your Turkey hunting trip. We do advise that anyone wishing to Turkey hunt the state of Texas opt for a guided Turkey hunting trip at the odds will be greatly tipped in your favor for tagging a gobbler on your hunting trip to The Lone Star State of Texas.

Enter round off our Turkey hunting top list of best states to Turkey hunt we have to include the state of Florida. Any Turkey Hunter looking to secure their ranks and add their name to the Grand Slam list has to hunt Florida as it’s the only state where you could bag an Osceola. For your chance at bagging an Osceola, you wanna make sure that you set your Turkey hunting sites at the central and southern portion of the state of Florida this is where the population of Osceola is strongest. other parts of the Sunshine State offer a good huntable population of eastern turkeys. You wanna make sure you prepare yourself for the bugs and the snakes and still generally show up when you’re hunting turkeys in Florida. Some Turkey hunting areas of the state do have quota permits so you want to make sure to check in with that prior to making any Turkey hunting arrangements for your next hunting trip to Florida.

Suggested For You: Turkey Hunting Blinds

Do not allow yourself to be spotted by a Big Tom Turkey. Make sure buy yourself a good turkey hunting blind. 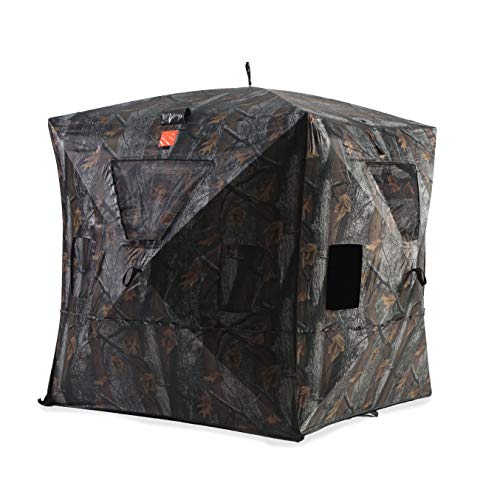 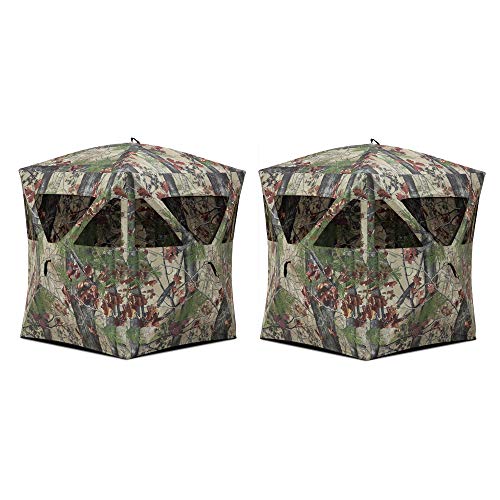 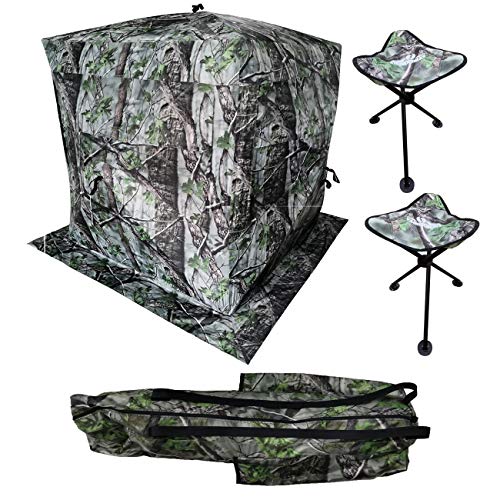 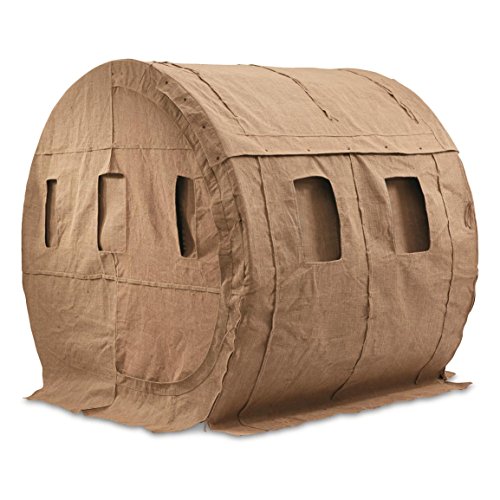 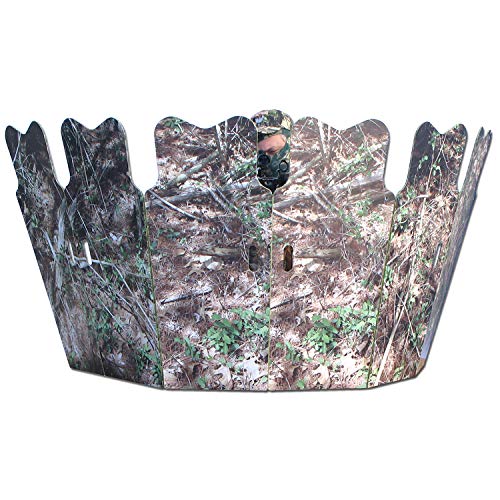 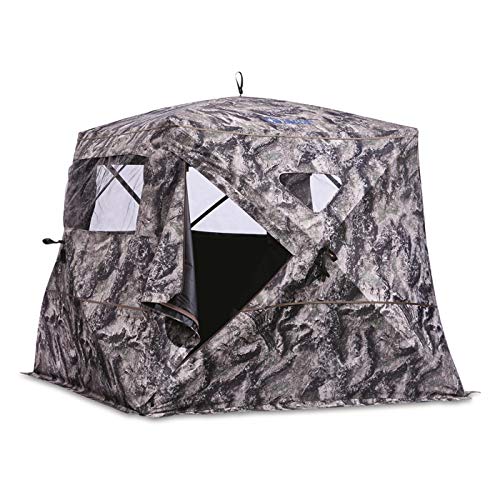 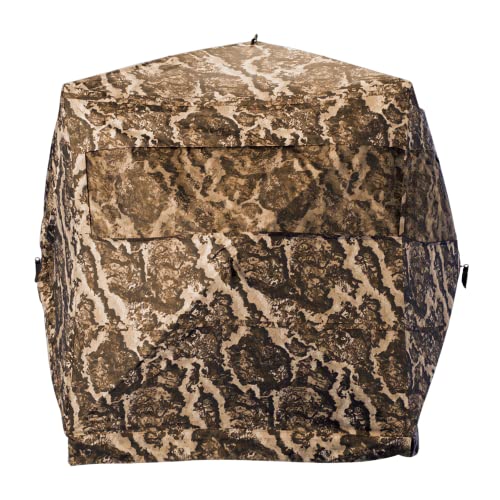 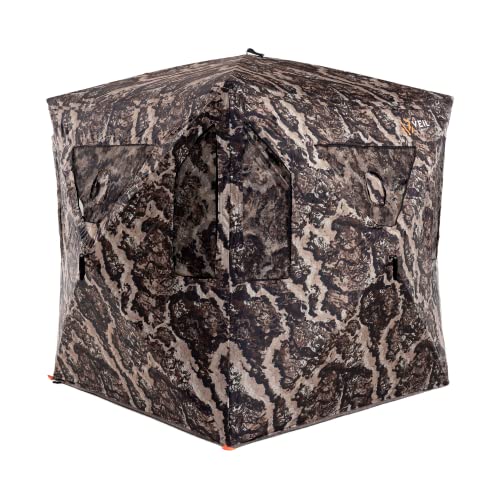 Looking for a Unique Gift Idea?Give a Unique Coffee Mug

Give the "Big Bucks Coffee Cup” deer coffee mug to that special man, father, grandfather, son, or boyfriend in your life.

I’m an editor, hunter, writer, author, and photographer who lives and breathes the hunting lifestyle. The Out of Doors is my playground. I specialize in the daily management of the Hunting Magazine, publishing hunting industry-related content to the digital pages of our hunting journal.

Subscribe to the Hunting Magazine and get weekly hunting news, hunting tips, and wild game reviews delivered to your inbox weekly from our team.